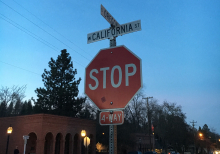 These are high achievers in sociolinguistics, computational linguistics, syntax, and language documentation.

Tsudoi Wada was awarded a 2020-21 FLAS award from the Canada center for the study of Tsay Keh ([ˈtsek’eh] or [tseˈk’ene]), an Athabaskan (Dene) language spoken in Tsay Keh, British Columbia (Sharon Hargus, supervisor).

Ben Jones, Anna Moroz, and Jiahui Huang are the 2020-21 Linguistic Excellence awardees. These departmentally funded grants provide one quarter of support for graduate students nearing completion of their dissertations. Ben’s project, supervised by Betsy Evans, aims to understand the construction of linguistic identity through language use that incorporates its social construction, its psychological internalization, and its physical manifestation. Anna’s project, also supervised by Betsy Evans, studies the vowel systems of Southern Oregonians with the goal of determining whether there is a relationship between those vowel systems and orientation towards place, also adding to the growing body of research regarding language change in the West. Jiahui Huang researches finite and non-finite clauses in Chinese and cross-linguistically, arguing that finiteness consists of tense and mood in Chinese (Edith Aldridge supervisor).