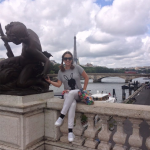 Published: May 20 2016 - 12:16pm
Olga Zamaraeva, a graduate student in Linguistics, has been awarded a Labex EFL  (Laboratoire d’excellence “Empirical Foundations of Linguistics: data, methods, models") Mobility Grant for a semester during the 2016-2017 academic year to conduct computational morphology research  at the Laboratoire de linguistique formelle (LLF) of the University Paris-Diderot-7 in Paris, France.  More information about Labex can be found at their website: http://... Read more

Interest in ASL program continues to rise with Autumn classes filled within a week of registration.

Published: May 17 2016 - 2:18pm
The American Sign Language (ASL) program continues to grow with Autumn 100 level classes reaching maximum enrollment within a week of registration despite an increase in number of sections. Number of enrollments in second year have also increased since the previous Autumn.

Published: Apr 26 2016 - 12:56pm
This summer, the Linguistics Department will welcome Dr. Akira Omaki to his new post as tenure-track assistant professor.  Dr. Omaki previously was part of the Johns Hopkins Department of Cognitive Science and served as Director of Graduate Admissions. This Summer Quarter he will be teaching LING 457, Language Development, during B-term, which begins on July 21. Dr. Omaki's research interests include adult/child... Read more 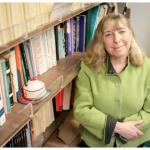 Colloquium in Honor of Prof. Ellen Kaisse on May 6 in Petersen Room

Published: Apr 25 2016 - 12:32pm
A colloquium in honor of Prof. Ellen Kaisse will take place in the Petersen Room (Room 485) at Allen North Library on May 6 from 3pm to 5:30pm, to commemorate her 40 years with UW Linguistics. Richard Wright, Chair of Linguistics, will introduce Susannah Levi, alumna and associate professor at NYU Steinhardt's Department of Communicative Sciences and Disorders, who will be guest speaker. The program also will feature remarks by Dean Shapiro and a reading of past and present advisee's comments... Read more 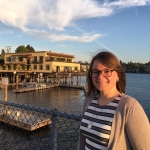 Alli Germain is offered a Fulbright to do research in Lithuania

Published: Apr 19 2016 - 11:57am
Alli Germain, a graduate student in Linguistics, has been awarded a Fulbright U.S. Student Grant for study in Lithuania during the 2016-2017 academic year. From the Fulbright website: Fulbright alumni include numerous recipients of the Nobel and Pulitzer Prizes as well as heads of state and government. 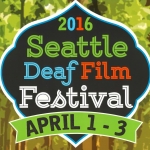 Cascadia Workshop in Sociolinguistics: New Works from the Pacific Northwest

Published: Feb 4 2016 - 2:14pm
The Cascadia Workshop in Sociolinguistics is coming up: the conference will be hosted by the University of Washington Linguistics Department and Sociolinguistics Laboratory on 23-24 April, 2016. The conference focuses on work from and about the Pacific Northwest and is being organized by UW linguists Betsy Evans, Clarissa Surek-Clark, Alicia Wassink, Nicole Chartier, Molly FitzMorris, and Laura... Read more 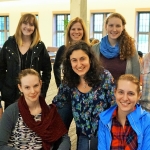 Published: Jan 25 2016 - 2:26pm
The student-run Northwest Linguistics Conference recently ended its call for papers, and the NWLC committee is hard at work at preparing for what promises to be a diverse and exciting conference presenting new research in linguistics. The conference will run from April 23-24 2016, concurrent with the sister conference Cascadia Workshop in... Read more 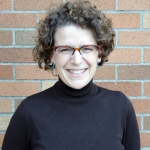 Published: Jan 21 2016 - 1:26pm
The North American chapter of the Association for Computational Linguistics has elected UW's Professor Emily Bender as Chair of the Executive Board. She stated:  I believe that science flourishes to the extent that we foster reproducibility, the open exchange of ideas, inclusivity and communication across and within disciplines. As NAACL Chair I would work to continue and expand on NAACL?s excellent track record in these areas while also ensuring the organization continues to run smoothly.